Growing up in the 90s I missed Arnold’s bodybuilding career but was lucky enough to be around for his action career.

Watching films of his, and the other mega action stars of the 80s and 90s, was definitely an inspiration for me getting in to weights and training.

Here was this massive man saving the world, and being funny and likeable whilst doing so. It definitely has an effect.

When I first got into training I bought two books. One of which was ‘The Art of Expressing the Human Body,’ written by John Little, which was about Bruce Lee and his training (would recommend to anyone as a beginner).

The other, was a massive tome of knowledge and experience, aptly called ‘The Encyclopaedia of Modern Bodybuilding,’ written by the King of Bodybuilding himself – Arnold Schwarzenegger.

As the title suggests this is full of training tips, full workouts, diet plans, supplement plans and even tanning and grooming for competition. I never went into bodybuilding competitions but if I wanted to this would have been my start.

So, what did I learn from this book?

The beginner programme in Arnold’s book is a 3 day split consisting of multiple body parts and high volume. You’ll see plenty of sets of eight in there in order to fully stimulate sarcoplasmic hypertrophy.

Arnold doesn’t suggest you go straight into a single body part split straight away.  He opts for –

(With calves on every day). 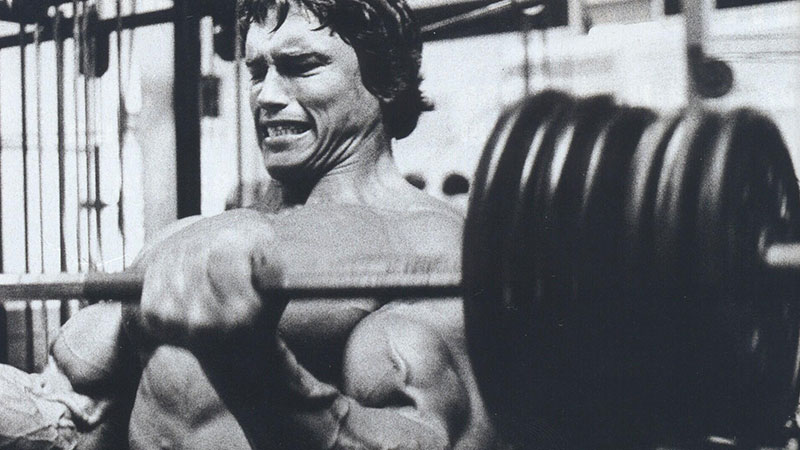 Once you ‘graduate’ from the beginner workout to the advanced you’ll notice that Arnold proposes you do some strength work too. In this he includes things like heavy upright rows, push presses, deadlifts (and variations), good mornings etc.

It’s worth remembering that Arnold also competed as a powerlifter in the early days of his training and he always believed the extra strength work added more depth and mass to his physique.

Arnold’s workouts were intense. He was a huge fan of supersets, but not just small exercises. He would superset heavy bench press with heavy barbell rows.

There are stories of him showing other bodybuilders this style of training and them being sick upon their first go of it. Keep this in mind if you’re going to try it.

If you’re going to include supersets as a main part of your training I’d recommend lowering the weight on those particular exercises at first. Otherwise, you will struggle. 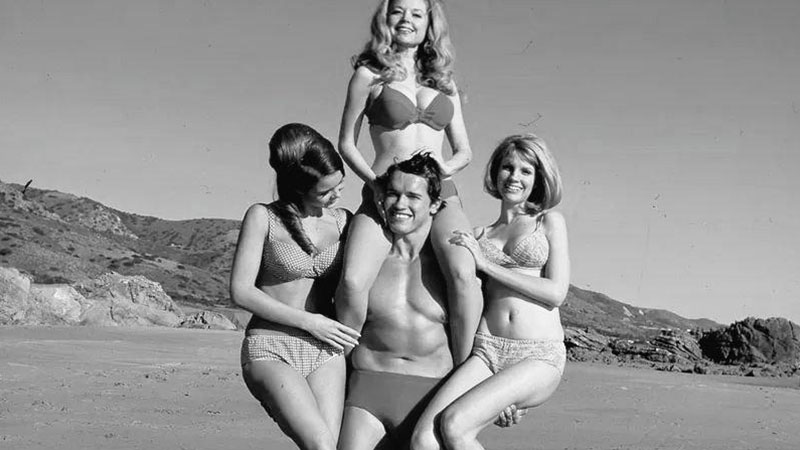 Not everyone will look like Arnold, not even if they follow his routine to the letter (especially so in most cases).

The factors of strength and hypertrophy work, volume and intensity are the important things to pick up from his training.

Master these factors in a way which suits you and you will start building a physique somewhere between Arnold’s and your own.

Note – The routines in his book are very high volume. You might struggle to recover from them after a few weeks. Keep in mind that bodybuilders of that time would have some, erm, help in recovering.