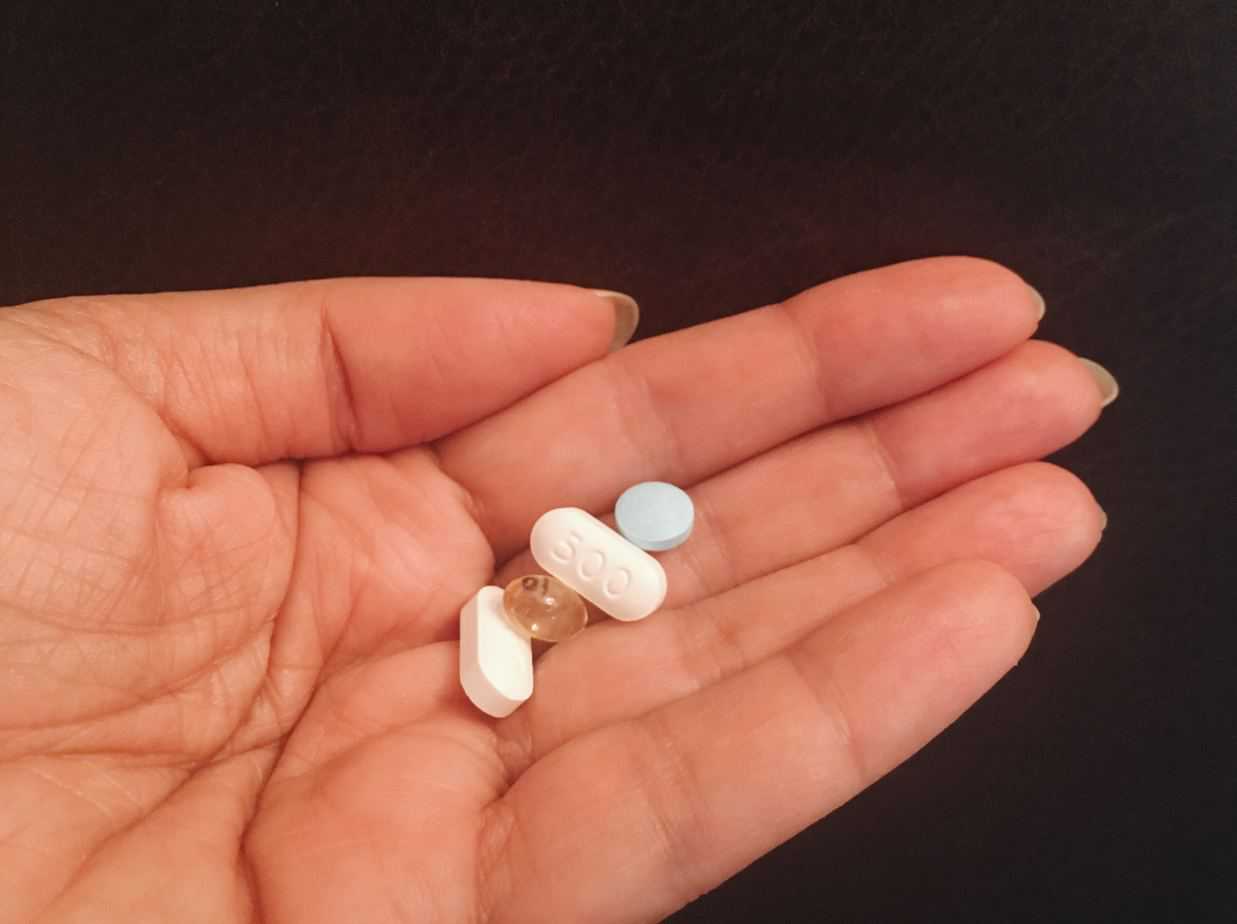 We have taken a look at one of their testosterone boosters previous to this and thought, whilst effective, it was a little bit overpriced. 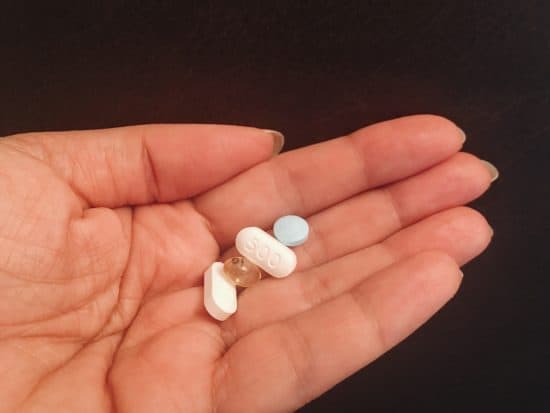 The ingredients make up of Pre Jym is pretty good. There’s a lot of focus on the amino acids your body needs when working out. This maybe too much of a focus in some cases.

The serving size is absolutely mighty too.

This isn’t always good though, as sometimes many ingredients that have the same effect on you can potentially lead to side effects. If you have anything to say on any of the ingredients in this supplement drop us a message below. 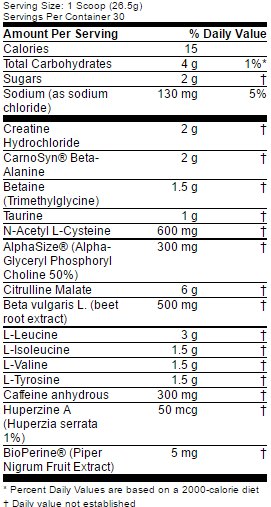 A well studied and proven ingredient to improve athletic performance. Studies have shown that creatine use actually improved performance by as much as 15% in some cases. The dose is good in Pre Jym, with 1-2g being all you need to get the benefits and avoid any side effects.

Not great. Generally the addition of this means that you run the risk of getting an uncomfortable itching feeling during the workout. Whilst there are studies proving it’s use to enhance performance, it also runs the risk of distracting you from the workout.

Betaine is another amino acid. It’s being more regularly used in supplements due to people thinking it increases protein sythesis. Whilst this may be true, studies are sparse so it’s hard to tell if there is any really science behind it and how effective it actually is at this stage. If you’ve supplemented betaine, we’d love to hear from you.

Taurine is widely used in a lot of caffeinated product to provide increased levels of energy. (Red Bull anyone?) Whilst it’s very well marketed and widely used there is little evidence to support it’s use at this stage. Pre Jym also already contains caffeine in a pure natural form, so why run the risk of jitters and crashing?

A good ingredient that has been well researched and proven. Citrulline will improve the bodies ability to recycle ammonia in the blood and get it filled with oxygen.

This recycling improves the flow of blood and gets you that pump during your workout. Any good pre workout will contain this ingredient. The dose of this ingredient, 6g is perfect.

One of the BCAA’s (Branched chain amino acids) that are generally supplemented to increase muscle performance. However, supplemented alone it’s thought that Valine actually is the least beneficial of all 3. You will probably get some benefits from this, but it’s not going to be anything major.

You know what this is. The caffeine in this product is dosed very highly. This could be a problem for anyone working out in the evening or who want’s to avoid crashing. It also means that double scooping this product would probably be a bad idea. Not ideal, but at least it’s there.

Sodium increases blood volume via fluid retention which will in turn help with vasularity and pump. Generally though you already get plenty of sodium from any type of diet and so supplementation isn’t nessecary.

A single dose of Jym Pre Jym comes in at a massive 26.5g. Whilst you are certain to get some solid effects from this as a pre workout, we’d be a little wary of the massive amount of caffeine and wouldn’t ever consider double scooping.

30 servings of Pre Jym will set you back $47 or around £35. This is the price of a premium product, which we think this is. There are however better pre-workouts for you to spend your money on that aren’t the result of a major bodybuilding.com push.

We like this product and think you’ll get some good results from it. However the caffeine is a major problem as it will send you crashing and feeling drained later. Another flaw is the beta alanine that will leave you feeling itchy and uncomfortable through your workout. If you have tried this product, let us know in the comments section below!

link to The Ultimate Obesity Guide

When we think of “obesity”, we think of an overly large person who struggles to walk or catch a breather. There are several ways to define it, though most of them carry the same...

The thought of hitting the gym and crushing those weights to the beat of the bass and sweat dripping down the sides of your brows should be motivating enough for you to get your butt off the seat....